Share a memory
Obituary & Services
Tribute Wall
Read more about the life story of Zachary and share your memory.

Zachary T.A. Paris, 36, of New Tripoli, PA passed away on December 7, 2022 at St. Luke’s Hospital Miners Campus, Coaldale, PA. He was the husband of Elizabeth M. (Bleiler) Paris for the past twelve years. Born in Reading, PA, he was the son of Gerald A. and Carol A. (Shade) Paris. Zach was a 2005 graduate of Fleetwood High School. He enjoyed hunting and fishing. Zach began fishing at the age of two. He later loved to share that experience with his two girls, taking them out on the boat and teaching them how to fish. Zach spent some time as a farmer, as well, working the crop fields at Bleiler Farms. He also worked for Timac Agro Inc. in Reading, PA as a sprayer applicator for a few years.

Zach enjoyed working on and restoring classic vehicles, specifically his Dodge Demon. He loved his Harley-Davidson Road King. One of his favorite adventures was riding his Harley to Florida, alongside his dad, to visit his grandfather and successfully get him on a motorcycle.

At the age of 15, Zach already felt a calling to serve others. He volunteered as a Junior Firefighter for Blandon Fire Company until 2010, when he then moved to New Tripoli, and immediately joined the Community Fire Company of New Tripoli as a volunteer firefighter. Over the years, he worked his way up to become Assistant Chief. He also trained hard as a member of the recruit class 32 for Frederick County Division of Fire and Rescue in Maryland from March – September of 2022, where he graduated to become a career Firefighter and EMT. The day after he graduated, he began working for the Green Valley Fire station, part of Frederick County Division of Fire and Rescue. Zach traveled between Green Valley and New Tripoli, serving at both fire stations, since September of 2022.

In addition to his wife and parents, he is survived by his two cherished daughters, Lila E. Paris and Amelia R. Paris, both at home; sister, Megan R. Gurung of Fleetwood; Godchildren, Hunter, A’Neiyah, Bella, and Priya; several nieces and nephews; his brothers and sisters in fire service.

To honor the lives of both Zachary, and Firefighter, Marvin L. Gruber, who both tragically lost their lives in the line of duty on December 7, 2022, there will be a joint public memorial service held on Saturday, December 17, 2022 in the Northwestern Lehigh Middle School Auditorium, 6636 Northwest Road New Tripoli. Visitation times are as follows: 8-11AM General public and out of county emergency services, 12-2PM Lehigh County emergency services, 2-4PM Memorial Service, will be live streamed. Details regarding the live streaming will be announced in the coming days. Pastor Walter F. Frisch will officiate. A private funeral service will be held at the convenience of the family.

The family requests that in lieu of flowers, memorial contributions in Zach’s name may be made to the Community Fire Company of New Tripoli, sent directly to 7242 Decatur St New Tripoli, PA.

To send flowers to the family or plant a tree in memory of Zachary T.A. Paris, please visit our floral store. 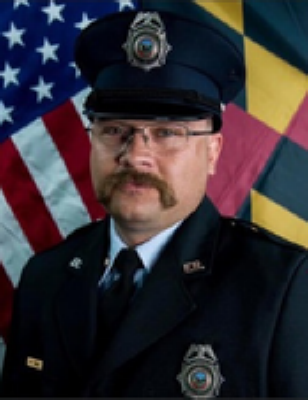