Share a memory
Obituary & Services
Tribute Wall
Read more about the life story of Marvin and share your memory.

Marvin L. Gruber, 59, of New Tripoli, PA passed away on December 7, 2022 at St. Luke’s Hospital Miners Campus, Coaldale, PA. He was the loving husband of Karen S. (Rauch) Gruber, with whom he celebrated 35 years of marriage on June 20, 2022. Born in Allentown, PA, he was a son of the late George and Elsie (Snyder) Gruber. Marvin was a 1981 graduate of Northwestern Lehigh High School in New Tripoli, and later also graduated from Lincoln Technical Institute in Allentown. Marvin also had numerous other professional certifications in the public safety and EMS arena. Marvin worked as the Assistant Chief of Public Safety for the Northampton Community College in Bethlehem, PA. He was a long-time and beloved member of the NCC community having worked at the college for 22 years, the last 15 in the department of public safety.

Marvin grew up on a dairy farm owned and operated by his parents in New Tripoli, a time that likely shaped his unmatched work ethic. He became a fixture in the New Tripoli community starting with his involvement in the fire service in the late 1980’s. He also served as assistant chief of the former Northwestern Ambulance Corps. Most recently, Marvin served as a deacon for Ebenezer U.C.C. Church in New Tripoli and was a volunteer firefighter for the Community Fire Company of New Tripoli since 2020.

Most of all, Marvin loved his family. He was a loving pop-pop to three grandchildren, an inspiring father to his son and daughter and a dedicated husband to his high school sweetheart, Karen. His favorite day of the week was Thursday, when his family gathered to enjoy a meal and be together each week. Marvin and Karen loved to vacation at their favorite place, Disney World. Marvin was especially happy to take his grandchildren to Disney for their first visit last year.

Marv could usually be found tinkering in his shed or doing yard work around the house. He loved to wash his cars and tend to his yard, like any good dad does. He had an infectious laugh and a genuine personality that garnered adoration from many.  His warm laughter, clever wit, and reassuring demeanor made him a magnetic force.

The void he leaves behind is immeasurable to his family and friends.

In addition to his wife, Karen, survivors include his son, Nicholas (Natalie) Gruber of New Tripoli; daughter, Jordan (Nathan) Lybarger of S. Tamaqua; grandchildren, Cole, Lucas, and McKenzie Gruber; brothers, Clarence (Susan) Gruber of Allentown, Allen Gruber of Slatington, Roy (Linda) Gruber of Auburn, and Dale (Cheryl) Gruber of Shelbyville, TN; sister, Shirley Sohon of Shoemakersville; mother-in-law, Barbara Rauch of New Tripoli; many nieces and nephews; his brothers and sisters in fire service. He was predeceased by a sister, Carolyn Bauscher, and his father-in-law, George A. Rauch.

To honor the lives of both Marvin, and Assistant Chief, Zachary Paris, who both tragically lost their lives in the line of duty on December 7, 2022, there will be a joint public memorial service held on Saturday, December 17, 2022 in the Northwestern Lehigh Middle School Auditorium, 6636 Northwest Road New Tripoli. Visitation times are as follows: 8-11AM General public and out of county emergency services, 12-2PM Lehigh County emergency services, 2-4PM Memorial Service, will be live streamed. Details regarding the live streaming will be announced in the coming days. Pastor Walter F. Frisch will officiate. A private funeral service and interment will be held at the convenience of the family.

To send flowers to the family or plant a tree in memory of Marvin L. Gruber, please visit our floral store. 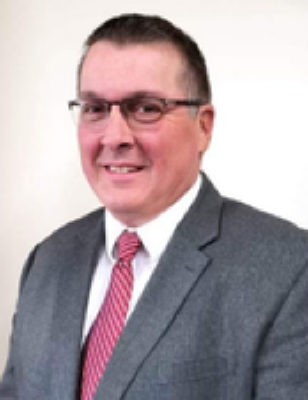